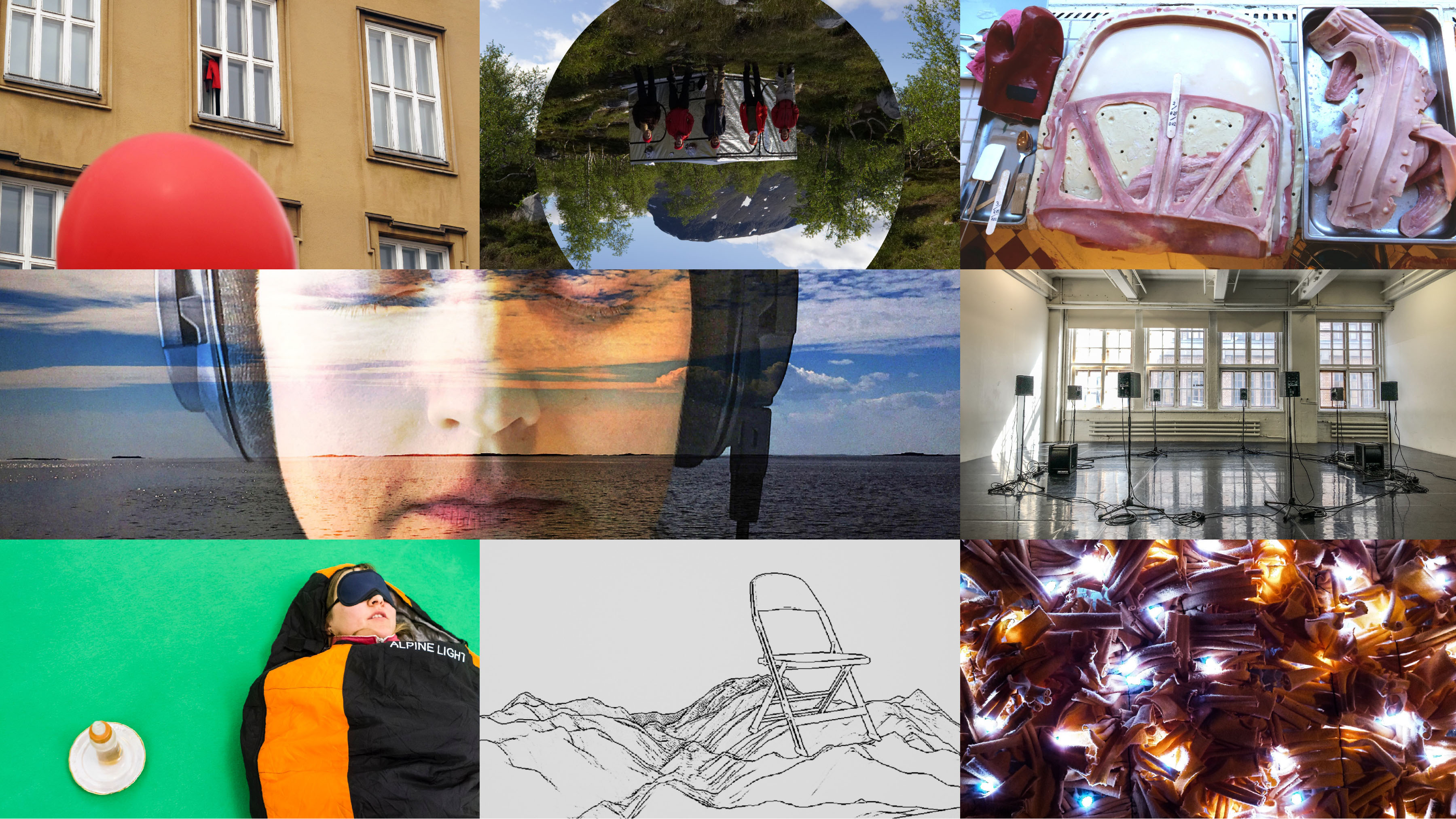 a site-sensitive and ongoing installation by KOKIMO and a durational performance, a series of performative gestures by KOKIMO, both inside the Industrial Palace

The starting point of the concept for Fluid Stages is an experience of the world as a scenographic landscape: as stage, as montage, as a series of scenes. By focusing one’s perception and sharpening the senses, the artworks included in the Finnish national exhibition enable a multisensory reading of various layers of existence.

In the core of the concept is the stage-audience relation of which a simple audience chair functions as the visual symbol. The chairs missing from the auditorium can be found from the satellites.

The durational, site-sensitive Fluid Stages Performance by the curator group, the Art Collective KOKIMO, is in active multisensory and experiential contact with the surrounding space and its happenings.
Performances start at the Finnish exhibit, in the Right Wing of the Industrial Palace. The performance has limited capacity: first come, first serve. The duration is approximately 50 minutes.

KOKIMO Art Collective is an independent group of artists, designers and curators, founded in 2010 and based in Helsinki, Finland. KOKIMO works collaboratively and site-sensitively.

There are seven independent satellite artworks spread out around Prague.

Throughout the festival we have other events, too:

The event is an opportunity to meet in person, hear about the exhibition concept and the work of Finnish artists participating at the Finnish PQ19 ECR Exhibition Fluid Stages.
13 June at 2pm–5pm at Gauč ve Stromovce, Prague Quadrennial Exhibition Grounds.

We also have an artist as a part of exhibition Fragments, Liisa Ikonen. She is a scenographer and the professor in design for the performing arts in Aalto University. Liisa Ikonen’s Dialogic Scenography: Phenomenological Interpretation of an Alternative Work Process (2006) was the first doctoral dissertation concerning alternative scenographic working methods outside repertoire theatre and without a pre-written script in Finland.

In addition to these there are also several Finns such as Kaisa Illukka, Teo Paaer and Niskanen & Salo representing Finland in different curatorial exhibitions. This year the Finnish student exhibition Kolo (2019) is a common creation by Aalto University and Theatre Academy students.

Fluid Stages if coordinated by the Finnish OISTAT Centre.